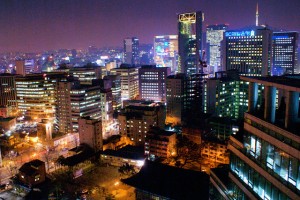 South Korea is known to be the country with the world’s highest estimated national IQ. According to the Organization for Economic Co-operation and Development or OECD, the Koreans have been leading in the field of Science, Mathematics, Reading and Problem solving.

Nowadays, South Korea has a prominent name in the field technological advancement such as Automobiles, Robotics, Space Programs, and Technology and has gained global recognition. The world’s second female android named EveR-1 was made by a scientist from South Korea.

Officially known as the (ROK) Republic of Korea, the country lies in the southern region of the Korean Peninsula. It stands at the center of East Asia below the 38th parallel on the Korean Peninsula. Neighboring countries comprise of North Korea to the north side, and Japan to the East—the world’s most industrialized country due to its strong economy – and China to the west.

According to history,  Seoul has different names.  It has been called “Seoraneol” which is believed to have originated from Korean because there is no equivalent Chinese character that matches them. During the Japanese colonization in 20th century, the city is well-known as “Gyeongseong”, Seoul of today.

Seoul’s weather is considered both humid continental and humid subtropical. June and July is the hot and humid summers of Seoul. The monsoon coming from the East Asia has a great impact to the weather of Seoul during this time. The city has an average of 28 days of snow fall every year but winters are usually cold and dry.

The city of Seoul has become the headquarters for many global businesses and companies including LG, Hyundai, Samsung and Kia which makes it as one of the leading global city in terms of economy.

Because of the city’s strong economy, Seoul is teeming with historic spots, fascinating travel destinations and stunning monuments. These include the Hwangseong Fortress, Joseon’s Royal Tombs, Changdeokgung Palace Complex, War Memorial of Korea and Jongmyo Shrine which are recognized as UNESCO World Heritage Sites.

Top 5 things travelers do in Seoul

One thought on “Interesting Facts about Seoul City”