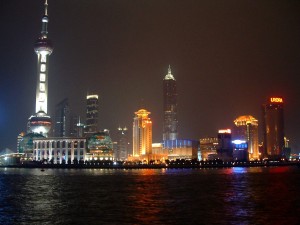 China has the vast numbers of history bumping at any turns – rich culture and history, artifacts, attractions, landscapes, skyscrapers, superb cities – making China as one of the most popular progressive countries all over the world.

China has thousands of remarkable places and attractions that can make choosing the first destination quite a challenge for visitors. Vacation travel especially for the whole family is limited so we only give the best pick in this travel guide. China’s temperature may vary. Even in hot summer months, there are times when the coolest are at night. Great and affordable hotels around have heaters when it is cold or air conditioners when it is humid.

Here are the best places to visit in China:

You would probably like to go shopping after having the tour. The city of Shanghai is just a train trip away from Beijing. It has a historical significance held as the new “Hong Kong” and has a great collection of shopping malls, cuisines, museums, monuments and everything unique in China. In nutshell, Shanghai is the commercial center of China. If you’re passionate with nature and flowers, Suzhou found in the west Shanghai has its famed Lingering Gardens.

2.  The Great Wall of Beijing

Your trip to China won’t be complete without seeing the great attraction of Beijing. The historical defense wall of China—Great Wall – was built during the Ming Dynasty. It has been the most visited center of attraction in China since it was opened for tourism. The wall runs about 373 miles covering the 827 cities of China with myriads of towers and 71 passes around. The wonderful beauty of the entire cities can be viewed from the Great Wall.

Just few hours of train trip from Shanghai takes you to the splendid views of Hangzhou. Indulge yourself in the magnificent beauty of the water wonderland in China, the West Lake. The five-foot deep lake is often personified to Xi Zi, the ancient China’s most beautiful woman, because of its gorgeous panorama. Serene mountains on each side has always been popular as the spiritual home of Chinese exclusive culture for about ten centuries. In fact, it was inscribed in the World Heritage List last June 24, 2011 as having the longest history and the biggest influence in China’s culture. Whatever the season is, the natural setting of the beautifully shaped-peaks, trees and flowers in the gardens in springtime, the vista all in all is always pleasing to everyone’s eyes.

Another historical picture of China is the Terracotta warriors – one of the evidences of China’s superior military force.  These valiant armies buried in front of the First Emperor of China Qinshihuang’s tomb would serve as the emperor’s defense forces in his afterlife. These crowd includes the 8, 000 fighters, 130 chariots and more than hundreds of cavalry horses.

One thought on “Travel Tips to China”