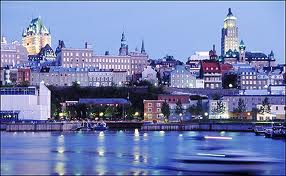 Canada is one of the most wanted places to live in and visited mostly by people around the world. Aside from its climate and environment, Canada has a lot of various destinations to visit especially Quebec.

Nestled on the Saint Lawrence River, the historic city is divided into Upper Town, which includes the old quarter, and the Lower Town.  The old quarter is a UNESCO World Heritage Site which is the only walled city in the far North America.

Quebec is almost three times bigger than the size of Texas or France. Its territory comprises with mostly sparsely populated regions with the varying climate and environment. It covers an area of 594, 860 square miles which is the largest province of Canada.

Quebec is bordering the four states in the Northeast U.S. such as New York, New Hampshire, Maine and Vermont as well as the other provinces of Canada like Ontario, Labrador and others.

Generally, the population in the south of Quebec is 7, 886, 108 people while in the Quebec City—Quebec, Canada province’s capital – has a population of around 491, 142.

Quebec stands on top of the mining sector, hydroelectricity, forest resources, and fisheries as well as in agri-food industry. This abundance of the Quebec’s natural resources gives the city a great advantage in the world market.

Quebec is a well-known city of Canada who speaks French as their major language. Its best attractions, historic barricades, adventures, trendy restaurants and accommodations surely inspire every visitor to spend the holidays in this vibrant city.  To make the most of your holidays in Quebec make sure you also secure a travel insurance.