Large Ice and Snow Festivals in the World 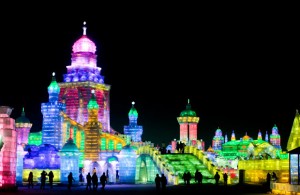 Every country highlights tradition of festivities that made them popular and dominant over the other.

Regardless of weather or the type of climate, country folks strive to reinvent their ways to make their place popular.

Every now and then, festivals can be seen all over the world, each creating different impressions and instilling wonderful memories in the heart of the people.

In China for example, people look forward for the celebration of one of the four biggest ice festivals in the world, the Harbin International Ice Festival.

Another big snow festival can be seen in Japan during the month of February.