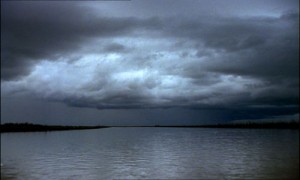 Storms occur more frequently in many parts of the world than any other natural distress. They can take up anything in their path and rage inland. In arid regions where water is very scarce, like the Sahara and other dry lands, dust storms are fairly common. Hurricanes and typhoons are two other types occurring naturally in Atlantic and Pacific region respectively.

Storms are generally atmospheric disturbances that are severe in nature and is often characterized by heavy precipitation, sand (dust storms), wind, thunder and lightning. They can occur in the form of thunderstorms, ice storms, blizzard, dust devil, squall, tropical cyclone, hailstorm, and tornado, which is the most destructive type of storm. In essence, typhoons belong to a type of storm (cyclones). Storm is just general term used for all kinds of severe weather disturbance.

The factors that contribute to the formation of storms are sun’s heat,  the earth’s surface and convection current. Since not all of the earth’s surface receive the same amount of radiation from the sun, the region of warmer of air will rise and cooler air slips underneath the to fill the gap, causing the horizontal winds.

As pressure drops in these areas, storm formation becomes more imminent and it’s only a matter of time before Coriolis effect from the earth’s rotation will cause air to spin and pick up some momentum. Over time winds starts to intensify and forms into a coherent pattern of swirling winds.

Areas that are frequented with storms are called storm (or typhoon) belts.  In the Atlantic region, it is referred to as hurricane belt encompassing the Caribbean Sea and Gulf of Mexico.

The deadliest hurricane on record is the Hurricane Katrina of 2005 with an estimated catastrophic damage of $75 billion and reported number of deaths reaching to 1200. Katrina raged for 5 days and ravaged much of New Orleans and the Mississippi coast.

In the Pacific coast, Typhoon Nina is still remembered as the deadliest super typhoon that hit China, destroying the Banqiao Dam and causing a death toll of over 100,000.

In terms of number of deaths, the Bhola cyclone of 1970 in Pakistan would rank as the worst tropical cyclone in history. 300,000 to 500,000 perished from the calamity.